As we head towards the spring season, a number of cruise vessels will begin to reposition from the eastern United States to Europe.  Southampton is one of the most popular European port destinations.  The Port of Southampton first inaugurated its cruise ship docks in 1843 and today services over 1.7 million cruise passengers.

Known as the “Cruise Capital of the U.K.,” Southampton is one of the busiest cruise ports in Europe.  The port is located on the southeast coast of England and within 80 miles of London and 100 miles of France.  Southampton’s port has four cruise terminals with the Ocean Terminal being the newest having opened in 2009; the Ocean Terminal is fully accessible throughout for passengers with mobility issues. The Cruise Capital of Europe is the homeport for over fifteen vessels from five cruise lines, including P&O Cruises, Celebrity Cruises, Cunard, Princess Cruises and Royal Caribbean as well as Cunard’s ocean liner – Queen Mary 2.  In addition, Costa Cruises, MSC Cruises, Norwegian Cruise Line, Oceania Cruises and Silversea Cruises have voyages with Southampton as a port destination.

Southampton entertains over four million visitors annually with popular attractions being its historic sites and museums mostly located in the city’s Old Town section honoring its medieval past and maritime history, including the well-preserved 14th-century walls built to ward off land-and-sea attackers, SeaCity Museum, the historic building Tudor House and classical garden which are accessible for those with mobility issues.  Nearby the Tudor House, travelers can enjoy a pint of beer and fish and chips at the Duke of Wellington Pub, known to locals for being filled with friendly ghosts, has been serving brews since the 15th-century.  The Solent Sky Museum celebrates the city’s role in aviation’s development while the Titanic Trail allows one to explore memorials and locations throughout Southampton connected to the ocean liner’s ill-fated maiden voyage in 1912.

Modern conveniences are available at the WestQuay Shopping Center and Southampton Common.  WestQuay in the heart of the city offers retail shoppers over a hundred stores to browse while traveling north the visitor will find the public common grounds, an expansive park featuring a children’s playground, fishing lake and series of nature trails.  Also, located in the heart of Southampton is the 800 year-old Bargate monument which was the main entry point of the fortified walled city during medieval days. 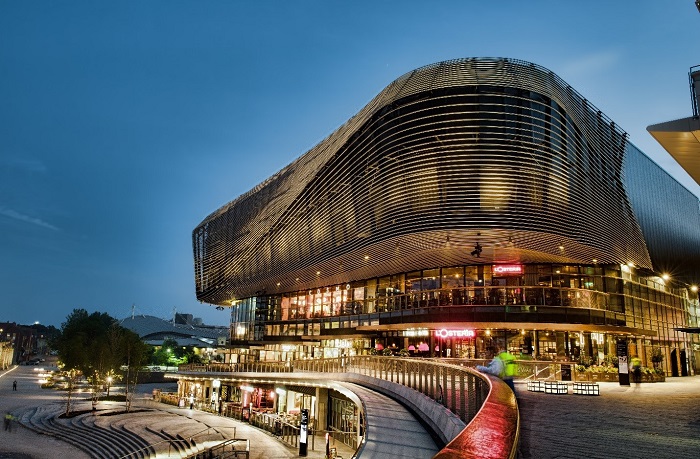 An integral part of the city’s community is the Southampton Football Club; the soccer team founded in 1881 plays in the Premier League, the top tier of English football.  Today, the Saints play at St. Mary’s Stadium located in the center of the city after relocating from the team’s 103-year old stadium in 2001.  The historically-rich city is home to the world’s oldest surviving bowling green, Southampton Old Bowling Green, which was first used in 1299. 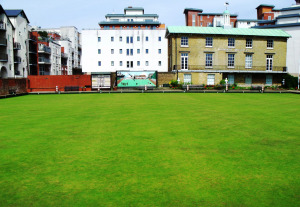 The majority of vessels sailing in and out of Southampton occurs during the Mediterranean cruise season from April through November.  Cunard’s Queen Mary 2 homeports in Southampton during the winter months of December and January as well as during the Mediterranean season.  Special Needs Group is pleased to provide service to those cruising out of Southampton.  In addition, SNG can also provide Hotel pick-up and delivery at the start or close of a cruise whether the guest is staying in Southampton or London.  The Southampton International Airport is a little over five miles from the cruise port terminals; London’s Heathrow Airport is approximately 65 miles from the port.  For more information, please visit us at www.specialneedsgroup.com.

“Checking in with SNG”