Renovated last year at the cost of over $132 million dollars, Queen Mary’s named-successor the Queen Mary 2 cruise ship provides transatlantic sailings from New York to Southampton as did Cunard’s original luxury ocean liner and her predecessor Queen Elizabeth.  The only ocean liner to sail from Southampton to New York also offers cruise voyages including an annual world cruise.  Although surpassed as the longest passenger ship, the 2,600-passenger Queen Mary 2 completed in December of 2003 still remains as the largest ocean liner ever built. 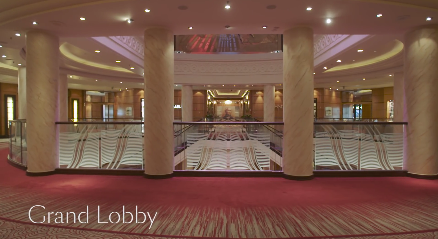 The ocean liner intended for transatlantic sailings uses integrated electric propulsion as opposed to the diesel-electric configurations of other vessels in order to travel faster with a maximum speed of over 35mph and cruising speed of 30mph which is a greater rate of speed than any other of today’s cruise ships. The flagship of the Cunard line with its recent renovations gives the feel of a five-star hotel.  The original Queen Mary actually serves as a hotel featuring restaurants as well as a museum in Long Beach, California; the Cunard ocean liner which sailed beginning in 1936 made its last voyage from Southampton on October 31st of 1967 to its last port destination of Long Beach.

Referred to as a remastering by Cunard, Queen Mary 2 refurbishment involved transforming the inside with added cabins, redone Carinthia Lounge, update of the vessel throughout its entirety including the Kings Court buffet as well as painting the exterior Queen Mary 2’s over 1,100 feet in order to balance the heritage of the ship’s legacy with a contemporary feel.  Within the lounge, passengers enjoy the food and live music from noon into the evening in an elegant setting while sitting in plush upholstered oversized comfortable sofas and low-back arm chairs.  The Port Wall features wines of forty-six vintages, the oldest from 1840.

The new cabins, a total of fifty added during the month-long renovation in Hamburg, Germany during last summer can be found on the top of the ship, as well as the interior of the ocean-liner, including six cabins for solo travelers and nine similar staterooms on Deck 2 and Deck 3 respectively.  In addition to the new cabins for solo travelers, each of the staterooms received contemporary furnishings.  Each of the Cunard’s Queen Mary 2 cabin classes has its own dining class.

The Kings Court Buffet received significant remodeling during the remastering to create a more traffic-friendly environment; the newly-designed eatery resembles a locale found in an urban London neighborhood featuring 300,000 Art-Deco- styled tiles.  Along with the Kings Court, the Grand Lobby has been redesigned to provide easier movement in a brighter, more comfortable entrance.

The luxury ocean liner offers other dining options with Britannia Restaurant/Club, newly made-over Grills the Princess and Queen, Golden Lion Pub’s British classics’ such as fish and chips, 24-hour room service as well as free dining at Kings Court Specialty A La Carte and The Verandah; the later French-inspired restaurant is circus-themed similar to its namesake as found on the original Queen Mary.

Cunard’s Queen Mary 2 maintains one of the most stringent dress codes at sea requiring men to wear a jacket even on informal evenings and cocktail dresses for women.  During the day, swim and leisurewear are only permitted near the surrounding areas of the pools.  Furthermore, in the evenings, shorts and blue or worn denim as well as sandals for men are not permitted in certain areas of the ocean liner. Formal nights necessitate tuxedos and evening or cocktail dresses for men and women respectively.  Informal attire is allowed at the Kings Court Buffet and adjoining Carinthia Lounge. 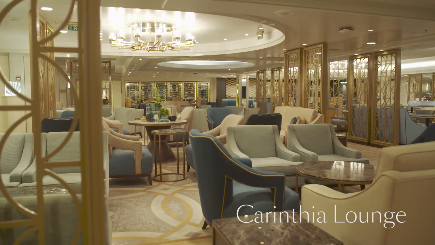 Along with having the largest library and only planetarium kennel at sea, Queen Mary 2 offers unique entertainment options for its passengers.  The two-story Royal Court Theater received newly covered seats, carpets and a new LED screen during the remastering.  Fencing, bridge and water color classes are a few of the unique offerings onboard.  Passengers find leisure and recreation at the four pools with whirlpools, open-air sports center and the Canyon Ranch SpaClub – one the largest spas at sea.

Live music can be heard at a multitude of settings on the luxury ocean liner which has 14 bars, lounges and clubs; Cunard partners with the prestigious New York’s Julliard School of Music for jazz musicians.  In addition, the cruise line is partnered with one of the most famous acting schools, London’s Royal Academy which provides the Queen Mary 2 graduates who perform special versions of renowned plays and adaptions of great literary classics.  The Empire Casino offers guests, mostly made up of North American and British travelers, a chance to try their luck with a variety of gaming options including blackjack, roulette and 3-card poker at one of the dozen tables and over a hundred slot machines.

Cunard’s Queen Mary 2 offers between twenty to twenty-five transatlantic sailings each year from New York to Southampton.  Aforementioned, annually, the luxury ocean liner sails on a 134-night around-the-world cruise from New York to Southampton and then on to explore Madeira, Portugal, the Canary Islands, southern Africa, onto Australia and New Zealand via the Indian Ocean, then Asia, Arabia and the Mediterranean before returning to Southampton and eventually back to the Big Apple.  Special Needs Group is pleased to provide service to guests sailing on Queen Mary 2 embarking and disembarking in New York and Southampton as well as pre- or post-cruise land stays in each city.