Craig Yager, SNG’s Galveston Port Agent, recently provided aid and is continuing to do so in assisting his local area following the aftermath created by Hurricane Harvey.

Hurricane Harvey made landfall on Friday, August 25th  and continued with an incredible amount of rain well into Sunday.  Living on the west side of Houston, Special Needs Group has two different storage locations one in Pasadena and the other in Dickinson.  Although the surrounding area of our Pasadena warehouse was submerged under water, the office as well as equipment was safe.  However, our equipment in Dickinson was a total loss due to Harvey’s destruction. 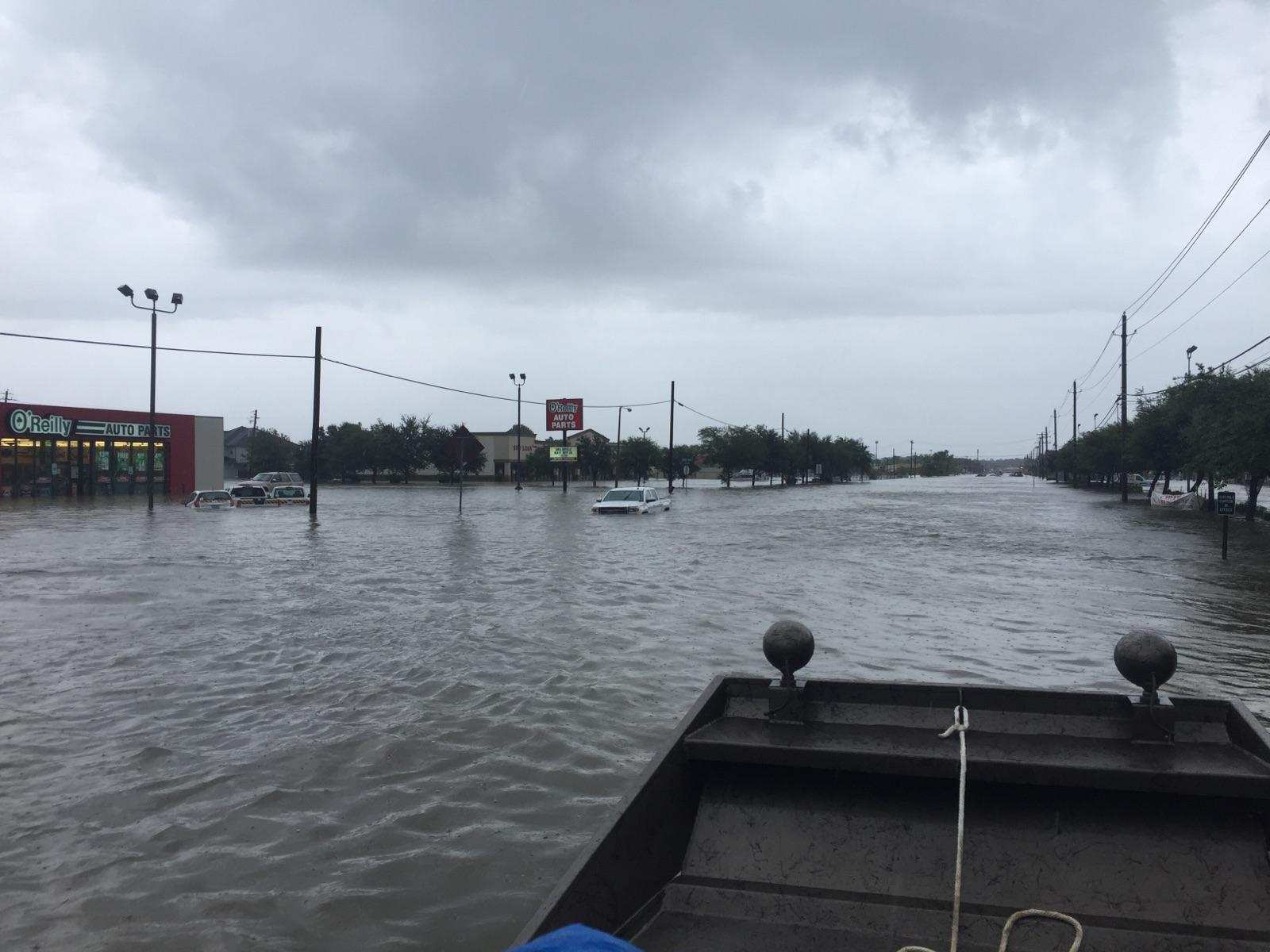 On Monday morning, August 28th, after witnessing how high the water had risen near the bayou of his home, Craig realized the dilemma the people of his local community faced and that his assistance would be of great need.  First walking waist-high water to aid in directing people to dry areas and pushing individuals through the incredibly high waters in canoes, he was eventually able to secure a flat-bottomed boat.  The boat allowed Craig to secure people trapped inside their homes and transport them to safe locations.

Craig shared one unforgettable experience.  ”We went down one particular street and I couldn’t believe we were just riding over the tops of all these cars under water; obviously, the water was rising quickly.  A few other boats had explained to us they already went through and everyone had been accounted for.  However, the three of us decided to travel further towards a condominium complex.  There was a gentleman waving a white t-shirt over his second-story balcony.  With the water over my waders, I was able to get to the gentleman and his wife, pushing the front door open discovering the entire first floor was under water.  The wife handed me her tote of cats first and then indicated she had many other animals.  After handing off the first tote to the boat, I returned for additional totes handed by her husband and then finally a bag.  I asked what was in the bag?  The woman replied, “my turtle.”  In all we rescued seven cats and the turtle.  The couple and their animals were transported to safety.  We had all been commenting all morning that the entire experience seemed biblical and now the boat will be forever known as the “Arc.”

Along with his wife and children, Craig took wheelchairs donated by Special Needs Group from the Pasadena warehouse to the George R. Brown Convention Center in downtown Houston.  Craig and his family were allowed access in by the Red Cross where they found Harry Connick Jr. performing; Craig felt a great need to bring his children along with him to show the significance of aiding others in time of need.  His children were rewarded by being asked on stage with the music icon, and his son performed a song along with him. 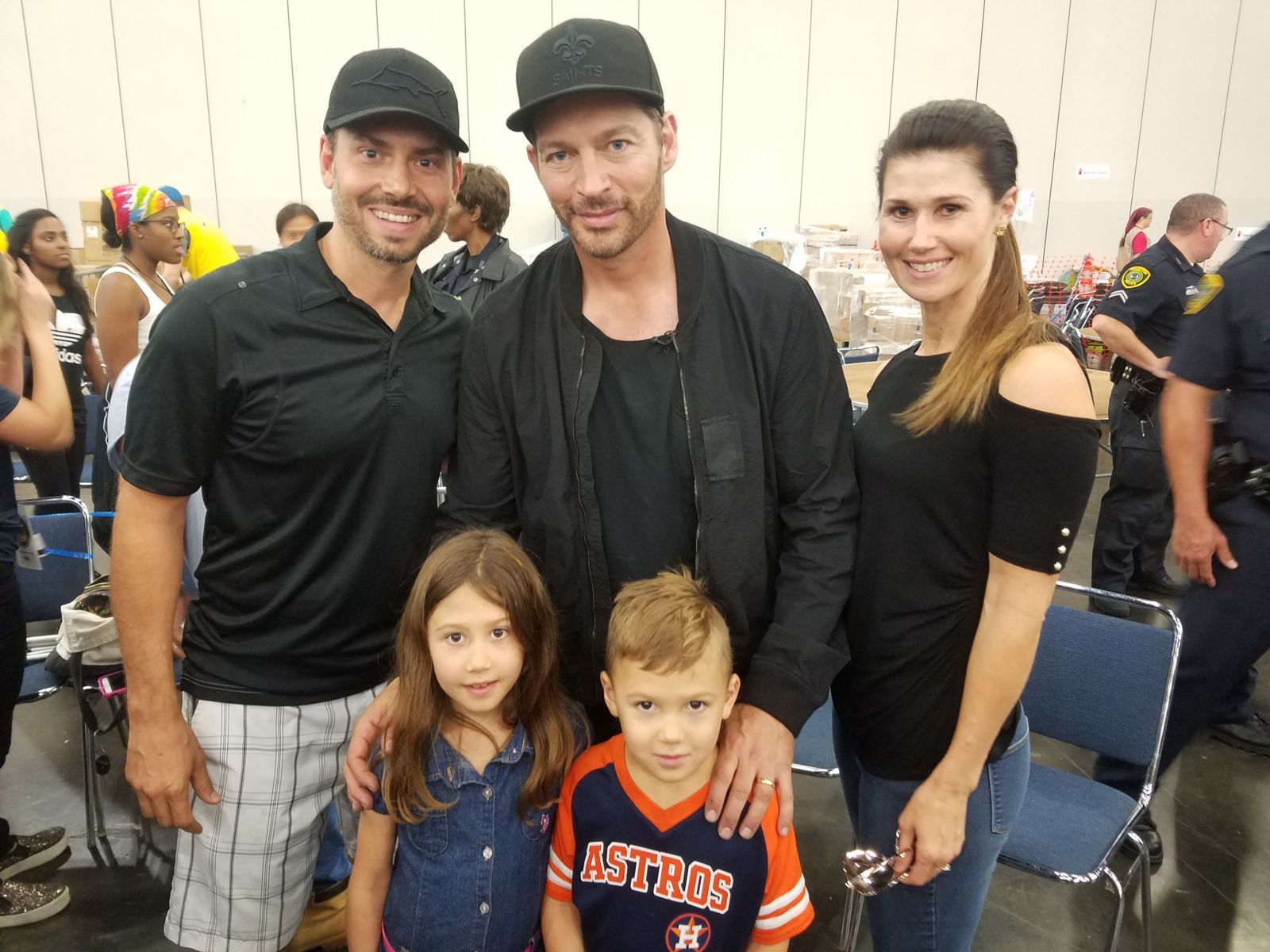 Special Needs Group is pleased to know Craig’s immediate family is safe, dry and his employees are well.  Many of his friends have flooded homes and the recovery process for the area will be a long one.  We are grateful to have Craig as our Galveston Port Agent and more importantly a part of the SNG Family.  Special Needs Group was glad to assist with the donations of the wheelchairs and incredibly proud of Craig’s amazing efforts in assisting and continuing to assist his local community.