Recently named 2016’s “Best City in the World” by Travel and Leisure magazine, Charleston is home to the port slated for 104 cruise calls for the present year.  Union Pier is Port of Charleston’s cruise ship passenger terminal.  The renovated terminal sits on South Carolina’s oldest and second largest city’s waterfront. 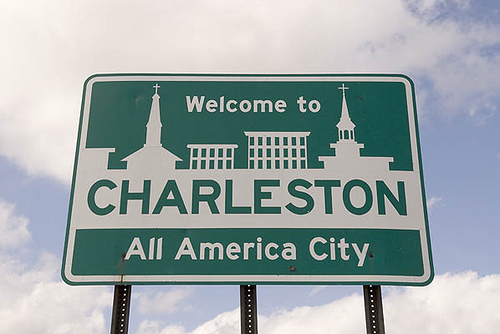 Known as “The Holy City,” due to the skyline of steeples viewed by visitors sailing in and out of the picturesque Lowcountry, Charleston endured years prior to the American Revolution and Civil War.  Historical Charleston still maintains buildings constructed prior to the Civil War.  Union Pier is located in the Historic District also known as Charleston Old, which is a National Historic Landmark. 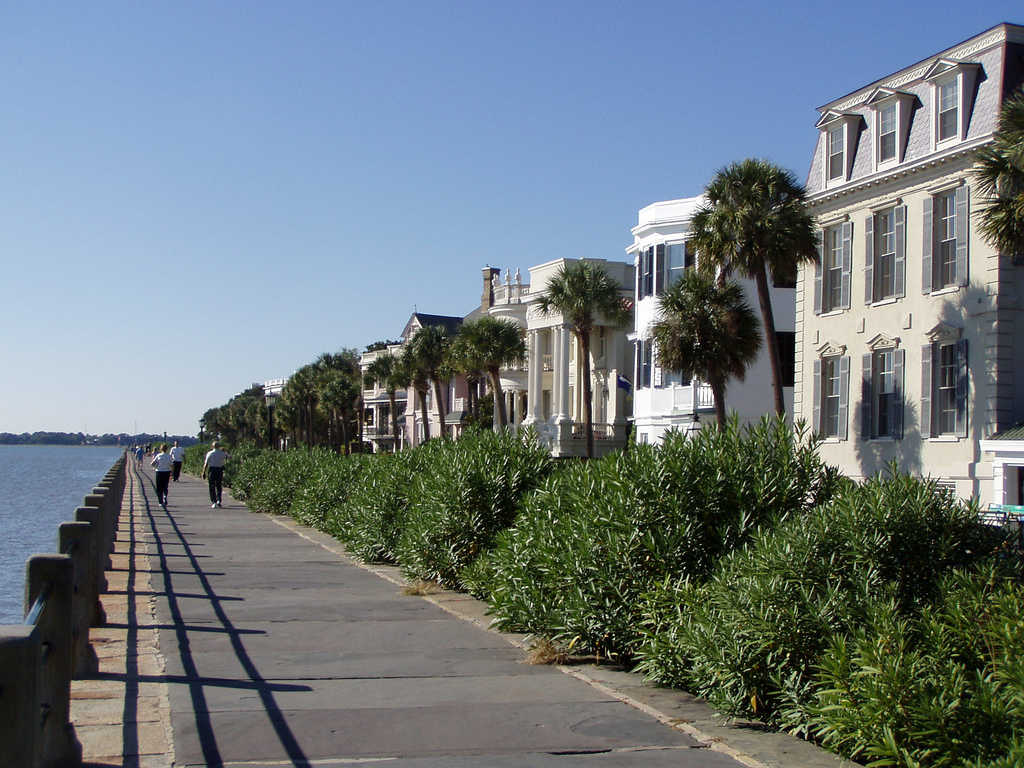 Visitors to Charleston take in the city’s architectural and historical fabric with its mix of art and culture via horse drawn carriages or walking tours on the cobblestone streets with views of quiet alleys from yesteryear.  The cobblestone streets, historic mansions and beautiful gardens are found approximately ten minutes from the cruise port in the Battery.  Battery Park is referred to as White Point Gardens due to its abundance of bleached oyster shells on the waterfront, mansion-lined historic location amongst cannons and cannon balls from the War of 1812 along with trees – oak and the state’s moniker, palmetto — with scenic views across the harbor at the birth of Civil War, Fort Sumter, Castle Pickney and the Sullivan Island Lighthouse.  The charming site saw darker days in the 1718’s with the execution of almost fifty pirates hanged from the oaks including the former partner of Blackbeard, Stede Bonnet.

Closer to the port, guests visiting Charleston will find Rainbow Row; the series of thirteen wall-sharing houses garner their name from the varying pastel colored buildings.  Named the “Most Polite” city in the United States multiple times, Charleston visitors will discover locales going above and beyond to assist during their stay.  In addition, in close proximity to Union Pier and featured on Ghost Tours of Charleston, is the 1760’s built Old Exchange Building and Provost Dungeon; the public building served as a customs house,  followed by an exchange, barrack and prison.

Presently, the Carnival Fantasy  is the only cruise ship which disembarks from Charleston; the vessel sails almost weekly on 5-day and 7-day cruises with the shorter being a two-stop sailing to the Bahamas in Nassau and either Freeport or Little Stirrup Cay.  The longer cruise offers an Eastern Caribbean itinerary monthly with the exception of the months of January, June and September and stops in Nassau and Carnival’s own private island in the Bahamas, Half Moon Cay in addition to Grand Turk of the Turks and Caicos Islands, the largest island of the Turks.

Special Needs Group is pleased to provide service to those cruising out of Charleston.  In addition, SNG can also provide service to local hotels. The Charleston International Airport is approximately twenty-minutes north of the cruise port terminal. For more information please visit us online.